If there is one particularly famous cigar factory in Havana, it is Partagas. You can find it at No. 520 Industria Street, just behind the Capitol building, in the heart of the city.

The factory was opened in 1845 by Don Jaime Partagas and it has been making the cigars that bear his  name ever since, except when, as now, it has been closed for refurbishment.

A Partagas is immediately recognisable by its deep, earthy flavour. The character of its blend springs from a selection of filler and binder tobaccos grown in the Vuelta Abajo zone and chosen for their unmistakable richness of flavour and aroma.

Partagas come in a wide array of shapes and sizes notably the Lusitania and the 8-9-8, a cigar that is named after the way it is arranged in its box.

But perhaps the best known of all Partagas is the Serie D No.4, the robusto size that formed part of  the legendary Partagas alphabet series that dates back to the 1930s. In 2005 a Piramide, the Partagas Serie  P  No.2,  was added to the range, which has fast become the cigar of choice amongst lovers of full-flavoured Havanas. In 2011 the Serie D No.5 and the heavy ring gauge Serie E No.2 extended the alphabet series once again.

All sizes are Tripa Larga, Totalmente a Mano – long filler, totally hand made.

VITOLA: Prominente
RING GAUGE: 49
LENGTH: 7 5/8 inches
A star size if ever there was one. There are few sights in the cigar world to match a Cabinet Selection bundle of 50 Lusitanias. Happily they come in smaller quantities too. 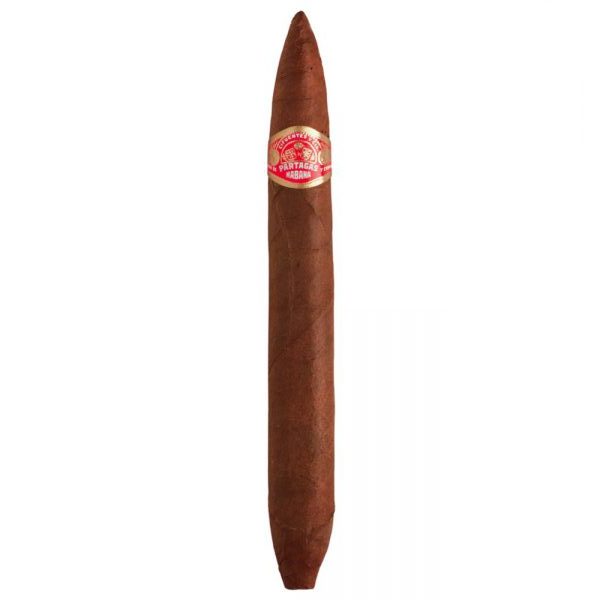 VITOLA: Tacos
RING GAUGE: 47
LENGTH: 6 1/4 inches
Partagas Presidentes have been added to the UK Partagas portfolio and are sure to be a welcome addition for enthusiasts of this rich, earthy and hugely popular brand. This vitola will deliver the signature Partagas flavours and aromas in a unique way and joins only a handful of Habanos still rolled and presented in this traditional format. 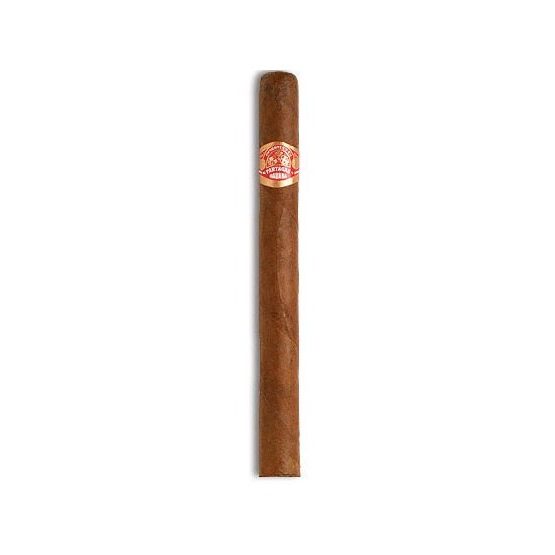 VITOLA: Dalia
RING GAUGE: 43
LENGTH: 6 3/4 inches
A legendary Cuban size named after the way the cigars were presented in a box of twenty-five; eight in the top row, nine in the middle and eight on the bottom. Partagas has made this elegant size its own. 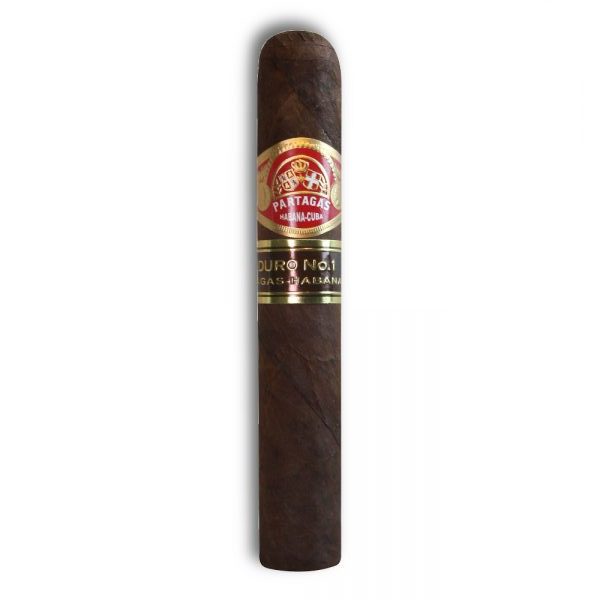 VITOLA: Maduro No.1
RING GAUGE: 52
LENGTH: 5 1/8 inches
Maduro describes a very dark shade of wrapper leaf. The leaves are harvested from the top of the shade grown tobacco plant and after air curing, natural fermentation and ageing, assume their rich, dark, oily appearance which adds a “top-taste” to the blend which many describe as sweet. Dedicating Maduro wrappers to a vitola is not a totally new concept for Habanos S.A. In 2007 they launched the Cohiba Maduro 5 range in three sizes. However, this is brand new for Partagas and the size is also not currently found in the brand’s portfolio. 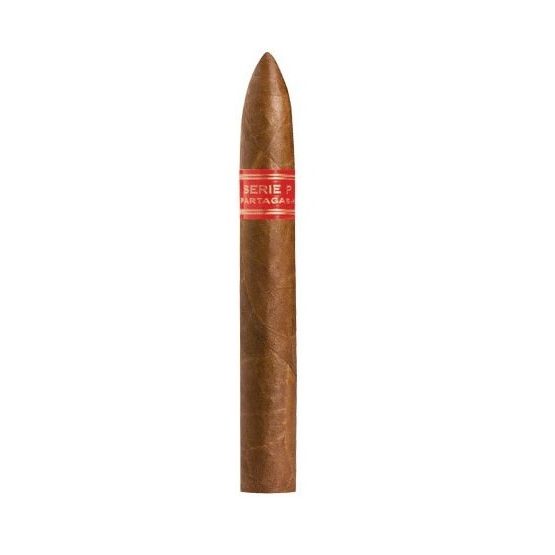 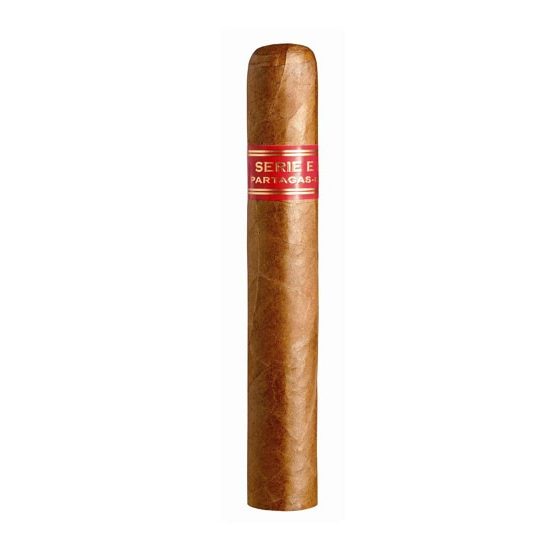 VITOLA: Duke
RING GAUGE: 54
LENGTH: 5 1/2 inches
2011 saw the addition of a new letter to the Partagas Alphabet Series. The E means the cigar has a ring gauge of 54. A big cigar in size and taste with attractive packaging improvements too. 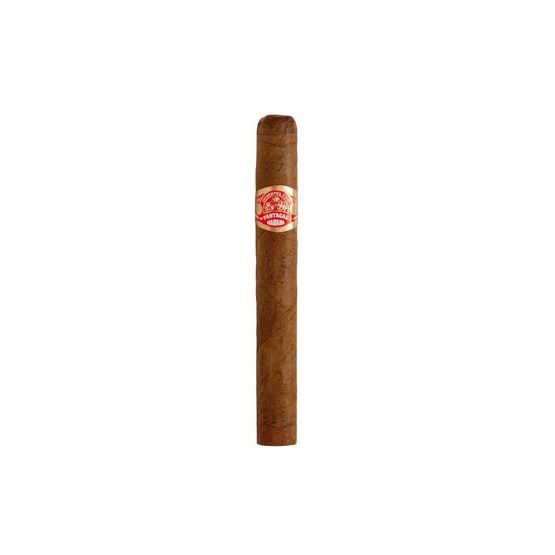 VITOLA: Eminente
RING GAUGE: 42
LENGTH: 5 1/8 inches
A slightly extra length Petit Corona that offers good value for money and a taste that is true to the Partagas brand. 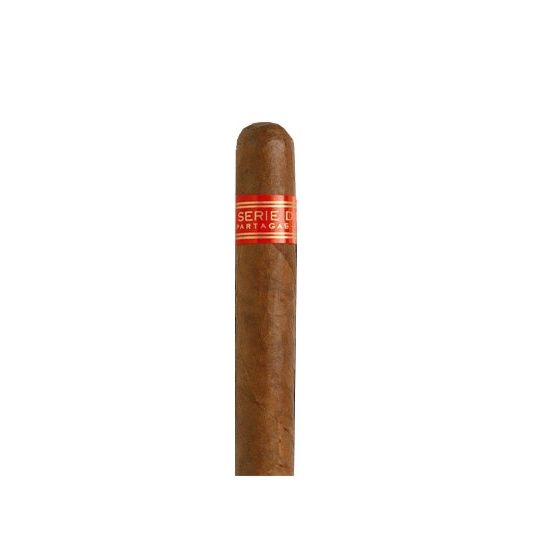 VITOLA: Robusto
RING GAUGE: 50
LENGTH: 4 7/8 inches
Many see this as the definitive Robusto. With its controlled, rich, complex taste and distinctive red and gold band, they have a good point. A pure bred Havana.

VITOLA: D No.5
RING GAUGE: 50
LENGTH: 4 3/8 inches
Following the success of a limited edition version of this size in 2008 the Serie D No.5 joined the ranks of Partagas’s standard sizes in 2011. Its tobacco leaves are selected and aged according to the normal criteria for the brand. 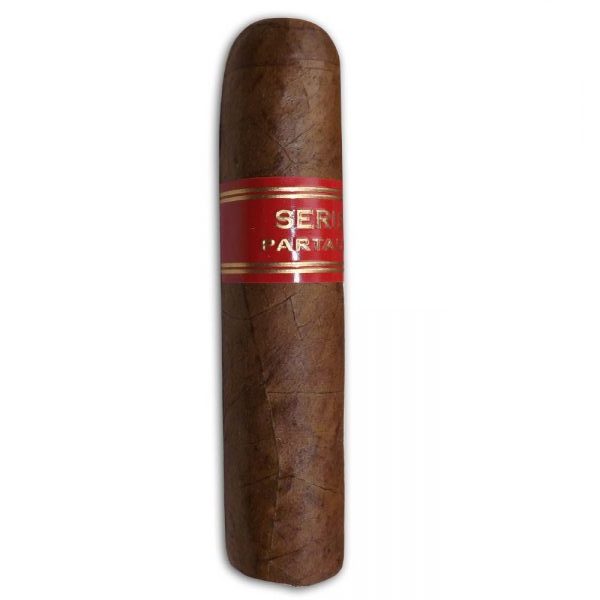 VITOLA: No.6
RING GAUGE: 50
LENGTH: 3 1/2 inches
The No.6 is the newest recruit to the Partagas “D” series and joins the iconic robusto sized Serie D No.4 and the Serie D No.5, the latter of which was launched in 2011. All boast a 50 ring gauge, but the No.6 is the shortest in length , making this stout cigar ideal for brief smoking breaks whilst retaining all the rich aromas associated with the Partagas brand.

VITOLA: Minuto
RING GAUGE: 42
LENGTH: 4 3/8 inches
One of the great small Havanas. It punches above its weight, so to speak, giving the impression of a larger size. Good after a meal or to take on your travels. 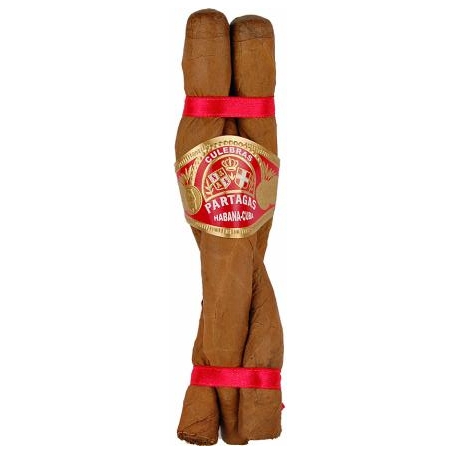 VITOLA: Culebras/Culebra
RING GAUGE: 39
LENGTH: 5 7/8 inches
FLAVOUR: Medium
PACKAGING: Box of Three times Three twisted cigars
Three cigars in one – the snakes (English for Culebras).You should not smoke all three at a time. The bizarre shape of this cigar immediately catches the eye. If you can figure out how to smoke this cigar from another dimension, you will be pleasantly surprised. It is quite mild for a Partagas in the initial phase but will increase in power throughout the smoke. 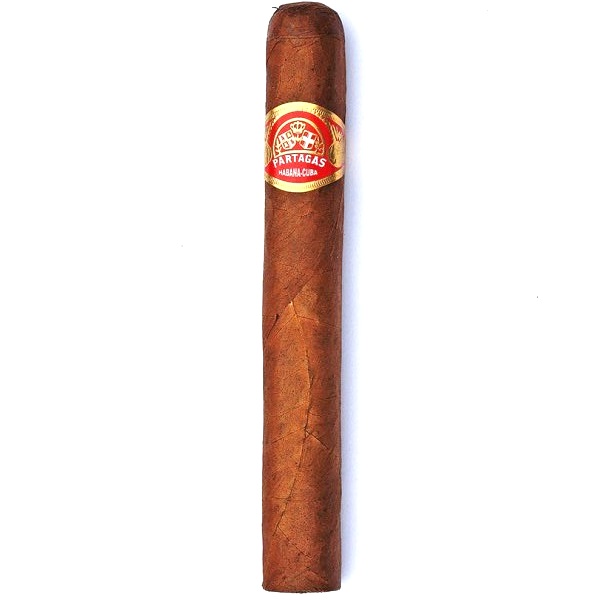 VITOLA: Petit Corona
RING GAUGE: 42
LENGTH: 5 1/8 inches
A Partagas is immediately recognized  by its deep, earthy flavour. The draw and burn are consistent. This is a reliable small Cuban cigar.

About The Cigar Lounge Derby

The Cigar Lounge Derby is the East Midlands Premier GOLD STANDARD HAVANA SPECIALIST. We are unique in having our own in house smoking lounge. Here you can enjoy smoking any of the cigars before committing to a box.

However we do pride ourselves in making available almost all of our range in single cigars and sample packs which we can then pack in cedar lined tubes suitable for transit. We have modelled ourselves on being a traditional cigar shop with an exclusive club like atmosphere. We are located close to the centre of DERBY where we have almost unlimited free parking facilities right outside our door.

Confirm you are over 18 years of age